About a year ago as my then 8-year-old daughter Cameron observed me while I was starting my own company (Strength for the Journey Company), she decided she wanted to come up with something of her own too, just like Mommy.

A very creative kid already, I encouraged her to pursue this and gave her a special notepad and pen in which she could sketch her ideas.

A few days later Cam handed me the pieces of paper you see below – she said she wanted to make Brave Heart necklaces for kids, because she wanted kids everywhere to know they are loved – that they are Brave Hearts.

That day I promised I’d help her turn her sketch into a tangible product…a year or so later, after working with Cameron every step of the way, we finally are able to offer this Brave Heart Collection to kids to celebrate their Brave Hearts! 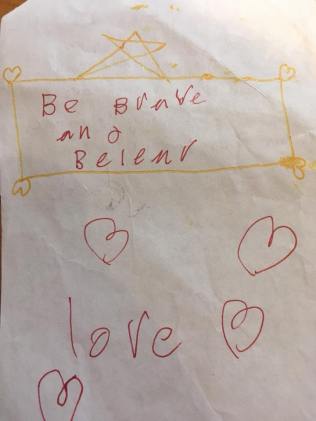 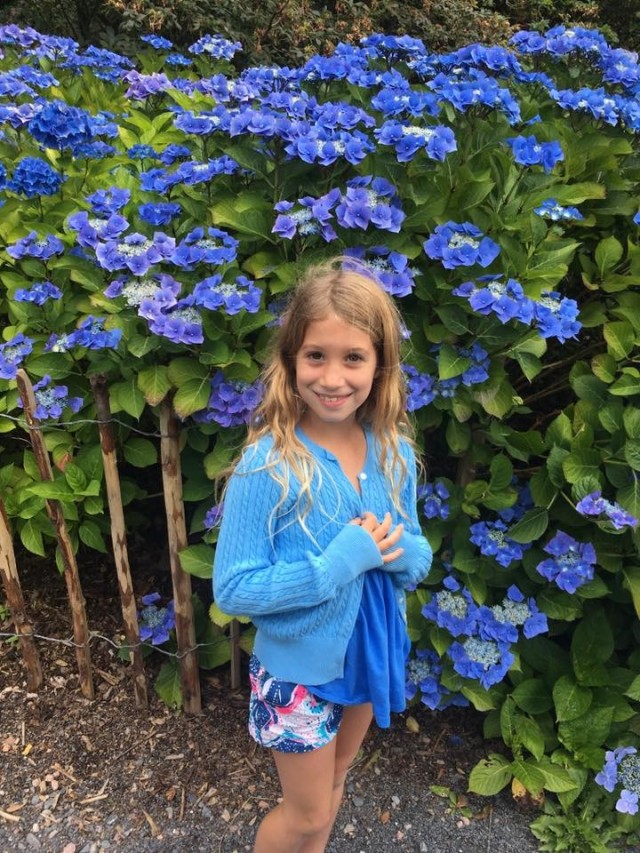 This past August my nine-year-old daughter, Cameron, underwent an emergency appendectomy. It was a traumatic unfolding of events; we are American’s living in England with no family and no knowledge of the healthcare system and suddenly we had a very sick girl.

As day turned into night, Cam’s appendix grew sicker and sicker.  Her surgery kept getting pushed due to an influx of emergencies and limited hospital resources.

But through the mess, there was a man, a doctor, who saw the urgency of her situation when no one else did.  A man who fought for her, and cut her, and removed her busted up appendix and put her back together again; a man that saved her.

So when she was given an assignment at school to do a 10 minute presentation on her hero, I wasn’t surprised that she didn’t pick Queen Elizabeth or David Beckham like some of her classmates; she picked Doctor Ali.

We went to the hospital to meet with Dr. Ali and, after the two shared a big hug, Cameron took a seat across from him and conducted her interview.

“Why did you become a doctor?” she asked. “What is your favorite part of being a doctor?” “Who is your hero?”

He answered her questions graciously, ending each answer by telling Cam what an honor it was that she had picked HIM as her hero.

It was a beautiful thing to witness. Watching his reaction as he sat nearly knee to knee with my 9-year-old daughter you would have thought this was the greatest honor of his life; and it was Cam who had made his heart feel so full – he is her hero, after all.

And when the interview was over we got up to leave and Dr. Ali opened the door to let us out, but then closed it again.

“You know why this means so much to me,” he said. “I’d like to tell you a little story…”

As we learned, Dr. Ali is from Pakistan and practiced medicine in the Middle East before moving to England in 2015. His first case here was a 15-year-old girl who came in with severe abdominal pain. Upon opening her up, Dr. Ali saw she had a twisted ovary that was clearly black and dying – he followed hospital policy – calling in the Gynecologist on call to confirm, which she did. As is also hospital policy, since the incision was going to have to be made by the gynecologist to remove the dying ovary, prior to its removal, Dr. Ali went in to remove the girls appendix as well.

That evening, the girl’s mother saw Dr. Ali, who is very clearly of Pakistani descent, and verbally attacked him – accusing him both to his face and to hospital staff of being a member of ISIS and purposefully twisting her daughter’s ovary because he was a terrorist. Yes, because – He. Was. A. Terrorist.

As Dr. Ali relayed the story of his first surgical case outside the Middle East, he was emotional, and I could see in his eyes the pain he has carried with him for the last two-and-a-half years. But this, he said, was the first day he felt like he could really let that go – he felt hopeful, he said, and he thought we should know that…all because a little girl with a wide smile and big eyes didn’t see race or color or creed – she just saw a man who fought to make her feel better. She saw her hero.